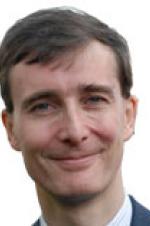 From 1992, David carried out his higher surgical training at Moorfields Eye Hospital in London, culminating in three years as a fellow in the medical retina service. He undertook a Medical Research Council fellowship, studying inherited eye disorders, from 1995-1998.

David graduated with first class honours from the University of St Andrews before transferring to Manchester Medical School, where his MBChB was also awarded with honours. He gained the Fellowship of the Royal College of Ophthalmologists in 1992 (winning the Brian Harcourt Medal for the highest mark in the 1992/93 examinations). He was awarded an MD from the University of London for his research work, which culminated in the discovery of a novel gene (NRL) causing autosomal dominant retinitis pigmentosa (published in Nature Genetics).