As we take stock following our CQC report and look ahead to what 2017 will bring for us, I wanted to take this opportunity to reflect on and celebrate the many great things that happened during 2016.

In January, several of our consultants were part of an international team of scientists that identified 16 new genetic factors linked to the risk of age-related macular degeneration (AMD). Findings like these deepen the understanding of the biological processes that lead to AMD and help us to identify new targets for drug development.

In addition, the beginning of the year saw us expand our services at Potters Bar with a new medical and intravitreal injection service and an additional fluorescein angiography service. Provision of such services takes us further along our journey of ensuring that our patients can be treated close to their homes.

In March, over 750 patients, staff, friends and family walked from Moorfields Eye Hospital in City Road to the London Eye to support the work of Moorfields Eye Charity. As Eye to Eye 2017 approaches, I look forward to taking part for the first time and hope to see many of you along the way! If you haven’t signed up yet, you can do so now.

Later the same month, research funded by Fight for Sight and Moorfields Eye Charity led to the design of the Moorfields Acuity Chart. This new test is a useful aid for our clinicians as they work to spot the early stages of sight loss in age-related macular degeneration. 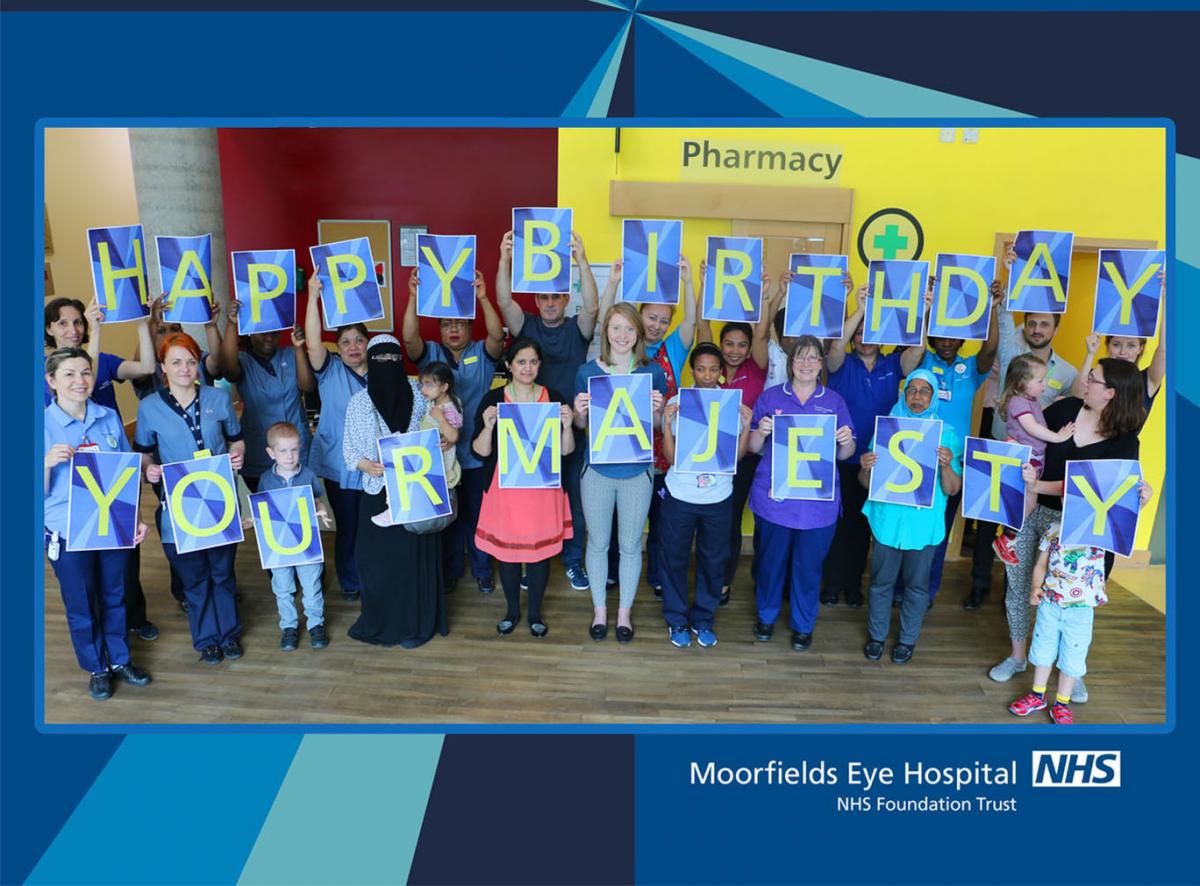 As we moved into April, we celebrated the birthday of our Royal Patron, Her Majesty the Queen.

In the spring I joined Moorfields as chief executive and we started preparing for our CQC inspection in May. While the inspectors roamed the corridors of our UK services, speaking to patients and staff from across the trust’s network of 32 sites and rating us against five categories of safe, effective, caring, responsive and well-led, Moorfields Dubai was named International Eye Clinic of the Year at the International Medical Travel Awards – one of many accolades for our services in the UAE.

In June, our colleagues at Moorfields Eye Charity launched a new website, consultant ophthalmic surgeon Vincenzo Maurino was awarded Order of the Star of Italy, one of Italy’s highest honours recognising Italian citizens who have distinguished themselves abroad, by the Italian Ambassador, and John Pelly, former chief executive of Moorfields, was made OBE in The Queen’s Birthday Honours list.

Later in the summer, we announced a new medical research partnership with Google DeepMind Health, bringing with it many exciting possibilities both for Moorfields and for healthcare more broadly. Dr Mariya Moosajee and our researchers working with our research partner, the University College London (UCL) Institute of Ophthalmology, won the National Institute for Health Research new media competition with their video “Partnership for Sight”, which does a fantastic job of explaining Dr Moosajee’s research into genetic eye disease and her work to find a cure to prevent people from losing their vision and going blind. In July we marked the official opening of the Bee Wing at Ealing Hospital, named after Bee Ong who did a sterling job as the sister in charge at Moorfields Eye Centre at Ealing for ten years, before retiring in 2014.

In the same month, researchers at Moorfields Eye Hospital and the UCL Institute of Ophthalmology found a link between thinning of the retinal nerve and poor cognitive ability – a clear warning sign of early stages of Alzheimer’s. The link is yet another step forward for our teams, marking the potential for eye scans to be used as a new biomarker for the disease. 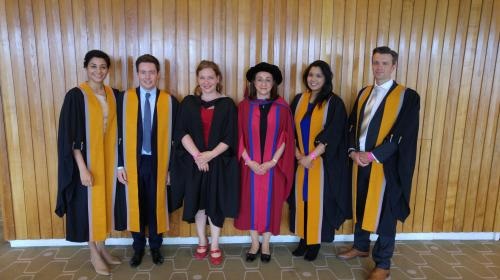 August saw our undergraduate medical education team, led by Moorfields consultant Miss Narciss Okhravi, receive both a team award and the Saad al-Damluji Excellence in Clinical Teaching award for exceptional commitment to excellence in clinical teaching.  50% of the ophthalmologists in the UK come through Moorfields Eye Hospital at some stage of their training, so we have a really important role in educating tomorrow’s leaders. Our pharmacists also launched the Know Your Drops campaign, promoting and encouraging good eye drop compliance and providing support to patients, carers and staff regarding best techniques for administering eye drops.

In September, Tessa Green CBE joined us as chairman, bringing with her substantial experience in chairing world class organisations dedicated to research and high quality patient care. In the same month, we heard the fantastic news that the joint Biomedical Research Centre for ophthalmology, based at Moorfields and the UCL Institute of Ophthalmology, received a funding award of £19 million over five years for eye research from the National Institute for Health Research (NIHR).

November was another busy month as we announced that Moorfields Dubai was to partner with Al Jalila Children's hospital. A patient with the blinding condition retinitis pigmentosa (RP) reported that he could differentiate between light and dark for the first time in five years following the successful implant and activation of the IRIS II® bionic vision system, and Moorfields’ Clinical Research Facility was awarded £5.3m over five years, recognising the world leading excellence of our clinical research. Additionally, we welcomed the President of Malta to our City Road site, and in Dubai I had the pleasure of meeting Her Royal Highness the Duchess of Cornwall, and Chairperson of Dubai Healthcare City Authority Her Royal Highness Princess Haya Bint Al Hussein, during a tour of the new paediatric ophthalmology area and service offered by Moorfields Eye Hospital Dubai in Al Jalila Children's Specialty Hospital.

In December, NHS England announced that it will provide funding for further testing of the Argus II, more commonly known as the Bionic Eye. This funding will see ten patients undergo surgery to tackle RP, an inherited disease that causes blindness. At Moorfields we have a key role to play in deciding how best the model of care should be developed for ophthalmic care, so it was good to hear another NHS England announcement that we would receive £500,000 of funding to support our vanguard care model to develop a toolkit supporting the delivery of networked care in the NHS.

January saw Nick Hardie join us as a non-executive director and chair of the audit committee, bringing with him a wealth of experience in finance and non-executive roles, and, of course, we were delighted to receive a rating of ‘Good’ from the CQC following their inspection in May. ‘Good’ is a fair assessment of where we are at the moment as a busy specialist hospital located in often challenging and aging facilities and focused on a relentless drive to always improve.

Like any good, learning organisation you constantly want to get better and we really welcomed the fact that the CQC highlighted a small number of areas where we need to improve. We’re working really hard on that and all of our staff will be involved in the improvement process.

All in all, 2016 was a very busy and productive year. I am looking forward to 2017, the journey from ‘Good’ to ‘Outstanding’ has begun and I have every confidence that we can continue to improve and drive forward our very ambitious agenda for this year.